The Lake Country Village Shopping Center area near Rural and Baseline in Tempe has seen a lot of changes over the last few years and will see a LOT more changes in the next couple of years. For many of us who have been in the area for a LONG time, we remember this movie theater as a place we watched some great “old” movies. There might be a few memories of cruising the parking lot, as well.

**Update: As of mid 2017, the development is now being called The Collective.  One of the exciting announcements for this new center is the fact that a new Alamo Draft House will be opening right here in Tempe. We think this will be a great fit for the area and a great addition to this development. Watch for more info coming soon!

The “Tempe Lakes Development Project” has been making lawyers money and ruffling the feathers of neighbors for quite some time now. There’s a large shopping center – turned boneyard at Baseline and Lakeshore that has redevelopment opportunity written in big-bold letters all over it. This former shopping center / movie theater has seen better days, for sure. For several years, it has seemed to have been left for dead. Many members of The Lakes community directly to the south of the project have done a good job in being vocal about wanting a quality project in their ‘hood. Many of them have opposed previous plans that “weren’t good for the area.”

Some of the original plans called for more than 800 apartments including studio apartment options and were said to have some apartment buildings as tall as five stories high. The new plans for Lake Country Village show a combination of apartment complexes, restaurants and other businesses at the northwest corner of Baseline Road and Lakeshore Drive. These plans now show 370 luxury apartments with heights of up to three stories. It sounds like this plan is better suited for some of the Not In My Back Yard people who are concerned about their own property values and all of the new traffic that will be added along Baseline Road.

Of course, the term “luxury apartment” has been well used by the Tempe City council for years, as thousands and thousands of these units have been rubber stamped in North Tempe. Heck, the fact that some of our city council members are even talking about a project that isn’t between Tempe Town Lake and Broadway Road in North Tempe must mean that something big is happening here. When is the last time you’ve seen them talk about anything this far south?

This project could be a great way to bring a more urban experience to the area, similar or better than some of the successful projects that the neighboring cities of Chandler and Gilbert have had. We should see some cool new restaurants, and the addition of a new pedestrian pathway leading to gated apartments at the north end of the project would include six units that combine office and residential into one urban-feeling space. Restaurant patios would face the pedestrian path, and parking would be hidden from street view. Plans call for a new dog park at the north side of the project, as well. The southern portion of the property fronting Baseline Road will have more of the commercial spaces.

The photo below shows the case number for a recent public hearing about Lake  Country Village. It specifically mentions a residential component. The residential portion of the project should break ground by July of 2016, and it sounds like more people from the surrounding neighborhoods are in favor of this project, even though some still oppose it.

The city has been talking about this area as a potential site for major redevelopment, and many people have been listening. We’ve seen new restaurants and shops open nearby to the west of this center. Some of which are probably counting on future growth in the area.

“I think it could be a great jewel in the city of Tempe,” – Councilwoman Robin Arredondo-Savage.

This will be an exciting part of Tempe to watch. There are some really nice homes nearby, and there are some relatively affordable homes nearby, too. With the combination of redevelopment, excellent freeway access, tons of new jobs coming to Tempe, and easy airport access, this just might make a lot of $ense for people wanting to live in the area.

Here are some homes for sale near Lake Country Village. If you’re looking for an up and coming area in a more urban setting, give us a call to take a look! I live nearby and would be happy to show you around or give you more information. 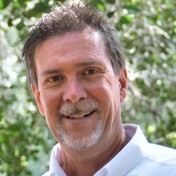