Is there a Phoenix real estate market crash happening? The Phoenix real estate numbers just released show closed house sale prices per square foot dropped over the last month, and it is projected they will drop again next month. Does this mean there is a correction coming from the recent run-up in home values?

No, that is very unlikely.

According to the Cromford Report, the 30 day period ending July 15th, 2017 showed the average price of all home types in the Arizona Regional MLS database dropped to $150.52/sqft, down from $151.10 the month before. That is a .4% decrease. Cromford also projects, based on current listings and under contract properties, that over the next 31 days the price may drop again to about $149.67/sqft.

Why are prices going down?

People have been proclaiming for months that this recent run-up will result in the next Phoenix real estate market crash. But many close to the situation, including the Cromford Report, do not believe that is a likely scenario. This is something we see almost every year. The numbers used for this market average take into accounts all sales including traditional sales, REO properties, and short sales. This also includes everything from multi-million dollar mansions to inexpensive $50,000 condos. (What you need to know before you buy a condo).

One reason we are not concerned is that we almost always see a decrease in prices during this time of the year. We will usually see a slowdown in the market during the hot months. The biggest impact is usually in the luxury market where the market comes almost to a standstill during the summer months. The whole market in general usually sees fewer sales this time of year because of the weather, but the luxury market is especially hard hit, which causes these numbers to seem worse than they usually are. Cromford expects the upward tick in prices to resume again late in September.

Where are the Canadians?

Notice a trend? Currently, Canada is going through their own real estate market crash. The big factor though is the current value of the Canadian currency. As an investor I work with has said, with the current $0.70 “Canadian Peso” it is a hard calculation to overcome.

So there is no Phoenix real estate market crash happening?

No, not yet. While we are not fortune tellers and we do not have the ability to predict the future, there is still no sign of the market softening anytime soon. Demand is still mostly stable; inventory is still low; there have not been any changes in lending laws that have loosened the money flow. We see nothing right now that is a sign of a weakening market. When there is, we will let you know.

I have been hearing for a few months now how the market is out of control and prices are going up too fast, and we are going to have another crash like a decade ago. There is a difference in what happened then and what is occurring now. Then we had lending loosening to the point that anyone with a pulse and ability to sign a loan doc could buy a house for any amount they wanted. Home ownership rates went to an all time high. Right now, home ownership is much lower than a decade ago, and some would say it is too low. I am not one of those who believe it is too low. While it may sound un-American, not everyone should own a home. Homeownership, while great in the long run, can be a costly endeavor. Not everyone is in a position to afford the cost of homeownership.

How is this different?

Prices went up like crazy a decade ago because anyone could get a loan for any amount, and many did. When the number of people entering the home buying market goes up as fast as it did, it is a basic supply and demand, and the pool of buyers, compared to the pool that could traditionally buy, became too much for the market to handle.

Now, while prices are going up, we do not have a huge pool of buyers driving up the demand. The demand is fairly normal compared to historical numbers. The issue is we do not have enough houses for sale. I will use Chandler as an example. A typical month in Chandler historically would have around 1000-1100 active properties for sale. As of today, there are currently 680 active properties on the MLS in Chandler. That is down at least 30% over what is typical in Chandler. So while the demand is normal, it seems a lot higher because those looking have fewer properties to look at, and it causes competition for the properties available and drives up prices.

So there you have it. I would not worry. Will there be a correction some day again in the Phoenix housing market? Sure. There always is, but right now there are no signs that is coming soon. 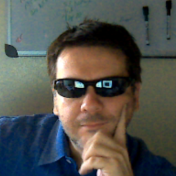