Fighting fraud has become a big part of the job for escrow and title professionals. We are not only protecting our company, but we are protecting lenders, buyers and sellers as well. The bad guys are very creative, as detailed in the following story

An order was opened with a title company and the person purporting to be the mortgage broker asked about the possibility of closing the loan herself while still having the title company perform the title work. A few days later, someone claiming to be from the mortgage company came by the title company’s office and asked if she could have some pens and pads. After a title company employee gave her the requested supplies, the mortgage broker also asked to use their closing room the next day to perform a document signing on the transaction they recently opened. The escrow officer told her she could not prepare the documents yet, as there were judgments and liens that still needed to be addressed.

The buyer called, indicating a closer from the title company had come by her office and had her sign all the documents, then left with her cashier’s check made out to the title company. She indicated the settlement statement showed a refund was due to the buyer and wanted to know where her refund was.

The title company’s manager asked for the issuing bank information from the buyer. After the title agent alerted the bank’s fraud department, the bank said the cashier’s check was deposited in a bank account under the title company’s name. The account had been opened just a few days prior ”“ with what turned out to be a phony opening deposit!

With today’s technology, it’s simple to create official looking documents in order to commit a fraudulent act. The example above is just one of many”¦

Many lenders today require that the escrow company conduct the signing in their office or by their own employees to prevent the above scenario. Many escrow and title companies have employees that will conduct mobile signings or have business relationships with national mobile notary companies (with the necessary safeguards, including adequate E&O insurance) to combat fraud. Gone are the days of picking up a deed or loan package and getting them signed on your own. As with most things in life, the actions of a few can create additional hurdles for the rest”¦

So next time your escrow officer insists you or your client come into the office to sign, you’ll understand why the request is being made.

About the Author: Bill Risser is an Assistant Vice President and Branch Manager of the Chicago Title ”“ Gilbert office.   You can find him at CT-Gilbert.com and on Twitter at @billrisser, that is, when he’s not on a local golf course with his son, at the movies with his wife,  or tending to one of his four fantasy leagues (NFL, MLB, PGA, and NASCAR). 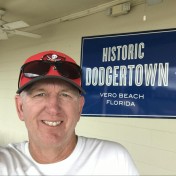