Are you thinking of moving to the Phoenix area and wondering what the local wildlife is like?  I’ve got a buyer relocating to North Scottsdale and he was asking what types of critters we have around here. Orlando Florida is thriving with animals and wildlife. In fact many species are not natural and yet cause the biggest problems for homeowners. Orlando wildlife control company services typically offer everything from bird control and bat removal to venomous snake removal and alligator relocation from property in Orange County Florida. In addition, there are commercial pest control companies you can call if your business space was invaded by harmful pests.

As an AZ native, I thought it would be fun to share what you may (or may not) run into in the Phoenix area:

Quail:  Quail are one of my favorite area critters.  They’re not real bright and they would much rather run fast than fly, but I just think they’re beautiful.  Their topknot bobs when they walk and the little puffball babies are adorable!  In the late spring and early summer it’s not uncommon to see mom and dad wandering around with as many as 15 or so little ones.  That number dwindles quickly and generally only a couple survive but they’re pretty prolific around here. Snakes:  It is a desert after all.  We have snakes but you’re not likely to find them around too frequently.  In my nearly 40 years I’ve only encountered 2 ever in my yard (one in the house but we had that one on purpose as it was my daughter’s pet) and they were king snakes.  That house was on the golf course and the community backed up to the mountains and desert.  My in-laws had a couple of rattlesnakes one year but they were also in a golf course community by the mountain desert.  If you’re out hiking or wandering around in the desert especially in the spring you’ll want to be careful where you’re stepping and to listen for a rattle.  They don’t want to meet you any more than you want to meet them, thus the rattle for warning.

Scorpions:  Most commonly in AZ you’ll find the Arizona Bark Scorpion.  You’ll hear people say they got *bit* by a scorpion but they actually sting with their tail.  Per Wikipedia, “Bark scorpions, like most other scorpions, are incredibly resilient. During US nuclear testing, scorpions, along with cockroaches and lizards, were found near ground zero with no recorded adverse effects.”  It’s common to find *nests* of them in old orchard or grove areas.  Because they’re pretty resilient it’s hard to get rid of them if you have them.  The best course of action is to get rid of their food source (small insects) and to seal the foundation.  Rumor is that cats are good for finding them (mine have found 2 for me) and chickens eat them as well as lovebirds (mentioned below).

Javelina:  Again in the outlying desert areas you may see some javelina.  These guys really enjoyed our pumpkins one Halloween (aren’t the babies cute?!): They normally wander around in herds from a handful to as many as 20.  Some people are scared of them but I’ve found that they’re pretty used to people around here and generally just move on.  Their eyesight isn’t great but if provoked they do have tusks that they could gore a person or pet with.

Coyotes:  Coyotes wander around some parts of town, generally near golf courses or greenbelts where they’ll find water and have ample food sources.  If you’re in an outlying area and see them it’s probably best not to leave small pets outside for extended periods of time.  They make short work of a 6 foot block wall.  I recently saw someone post this coyote roller that would help keep them out of your backyard.  Pretty ingenious if you ask me.

Bobcats (not to be confused with mountain lions):  The picture below is Bob, we called him our outside cat because once he started coming around our indoor/outdoor cats became strictly indoor.  🙂  He would jump the view fencing from the golf course and wander through our yard out to the front. We even had a baby for a bit…such cuteness!  Bobcats (IMO) are nothing for humans to worry about.  You’d want to keep your pets indoors if you have bobcats around.  Now mountain lions are a different story. I’ve heard of people seeing them and know that they exist in the area but they’re very rare.  If you see one you certainly want to make your way away from it in short order.  They’re not to be messed with.

Lovebirds:  The Peach-faced Lovebird is a small brightly colored parrot native to Southwestern Africa.  There is a large feral population in the Phoenix Metro area.  Apparently a breeding pair was first reported in loose in 1998 in Scottsdale and unlike most accidental releases the lovebirds have been able to adapt to the dry heat of AZ.  Since then they have really made themselves at home in the Valley of the Sun.  Check out a map of the Phoenix area and the lovebird sightings.  Don’t forget to update it with your own lovebird sightings. There are lots of other critters you may find around. If there are pests on your property, don’t worry too much because there are plenty of excellent pest control services nearby. I’m a bit of a critter fan as you may be able to tell.  If you’re living smack dab in the middle of town or even in the suburbs you probably won’t see some of these animals.  But those of us who like the outskirts a bit find the draw of the critters to be a strong reason we choose to live where we do. But if they are harmful pests, we immediately call pest control in Melbourne to take care of the problem.

I’d love to hear your experience with critters here in the Valley of the Sun or other places.  And as always, if you’re moving to Phoenix or moving within the Phoenix area, we’d love to help you find the perfect home for you, critters or not.  Give me a call at 480..420.4441 or an email at [email protected] and let me know how we can help! 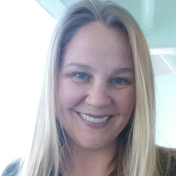