Hello, I working with a reporter at <Insert National TV/Media Company Here> tomorrow on a story that is essentially a consumer’s guide to finding the lowest possible mortgage rates with a focus on the difference in rates between smaller community banks and the larger banks. Why are smaller banks often able to offer lower rates and is there any tradeoff between going with a smaller bank vs a larger one?

We have some theories ”“ mainly that community banks have less overhead and are therefore are likely willing to take a lower margin but just wanted to get some other opinions.

Boy, did she just open up a can of worms there.

In plain English: How do consumers get the best deal on a mortgage?

In the mortgage business, you have mortgage brokers, mortgage bankers and federally chartered banks.

Mortgage brokers are just that — they don’t loan their own money, they just broker the deals out. Mortgage banks lend their own money by getting warehouse lines of credit from the big banks (generally) but they don’t do stuff like savings accounts, credit cards, etc. Then the federally chartered banks do everything – mortgage lending, credit cards, savings accounts, etc.

The truth is, that in the mortgage market, what kind of “deal” a consumer gets almost always comes down to the loan officer who is pricing the deal out.

A consumer could go to Small Bank, USA and shop rates from two different loan officers and get two different rates – and you might be surprised at how different they could be — even at the same bank!

I then went on to speak about secondary marketing, investor pricing and some other things that I won’t get into before you fall asleep reading this but I saved the one little secret for TPREG that everyone really you really want to know… the two most important questions you can ask your loan officer that will give you the best chance at getting the best deal on your mortgage.

Here are the two questions to ask your loan officer that will give you the best chance at getting the best deal:

The reason questions give you the best chance at getting the best deal on a mortgage is relatively simple: Fewer hands in the money pot that could lead to higher rates and faster turn times which can lead to shorter lock periods.

If the answer to both of these questions is no, remember it doesn’t mean that you are getting a less-than-optimal “deal”, it just means that the loan officer has an anchor tied to both legs as he swims out in the ocean.

But if it were me… and I was shopping for a mortgage… I would make 100% certain that my loan officer could answer yes to the above two “most important” questions you can ask.

And yes, I have seen a few Ironman loan officers with two anchors tied to their legs out-swim a loan officer with no anchor weighing him (or her) down…

But not very often.

About the Author: Justin McHood is a mortgage broker with VanDyk Mortgage Corporation. You can find him at Arizona Mortgage Team, on the Zillow’s Mortgages Unzipped Blog, and at most East Valley Friday Nights gatherings. He’s the one in the blue shirt. 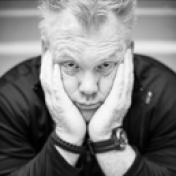